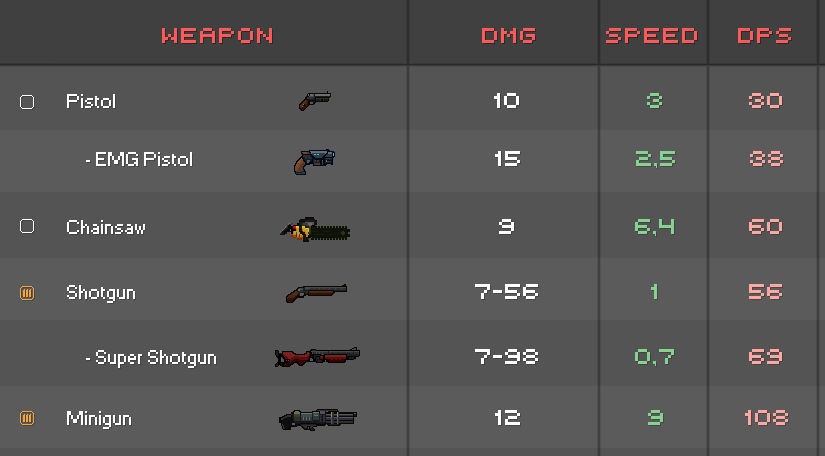 DPS (Damage per second) is not a determinant factor on which weapon is better. All weapons are better in a situation. The minigun has the highest DPS and it’s definitely not always the best weapon. Most of the times up front damage like the shotgun’s is more useful. Or the Gauss wich might have a low DPS, but its range, auto aim and piercing bullets make it very useful.

A weapons’ SPEED is determined in shots per second. Some of these and DPS values are rounded.

I might do a more complete chart later in development. 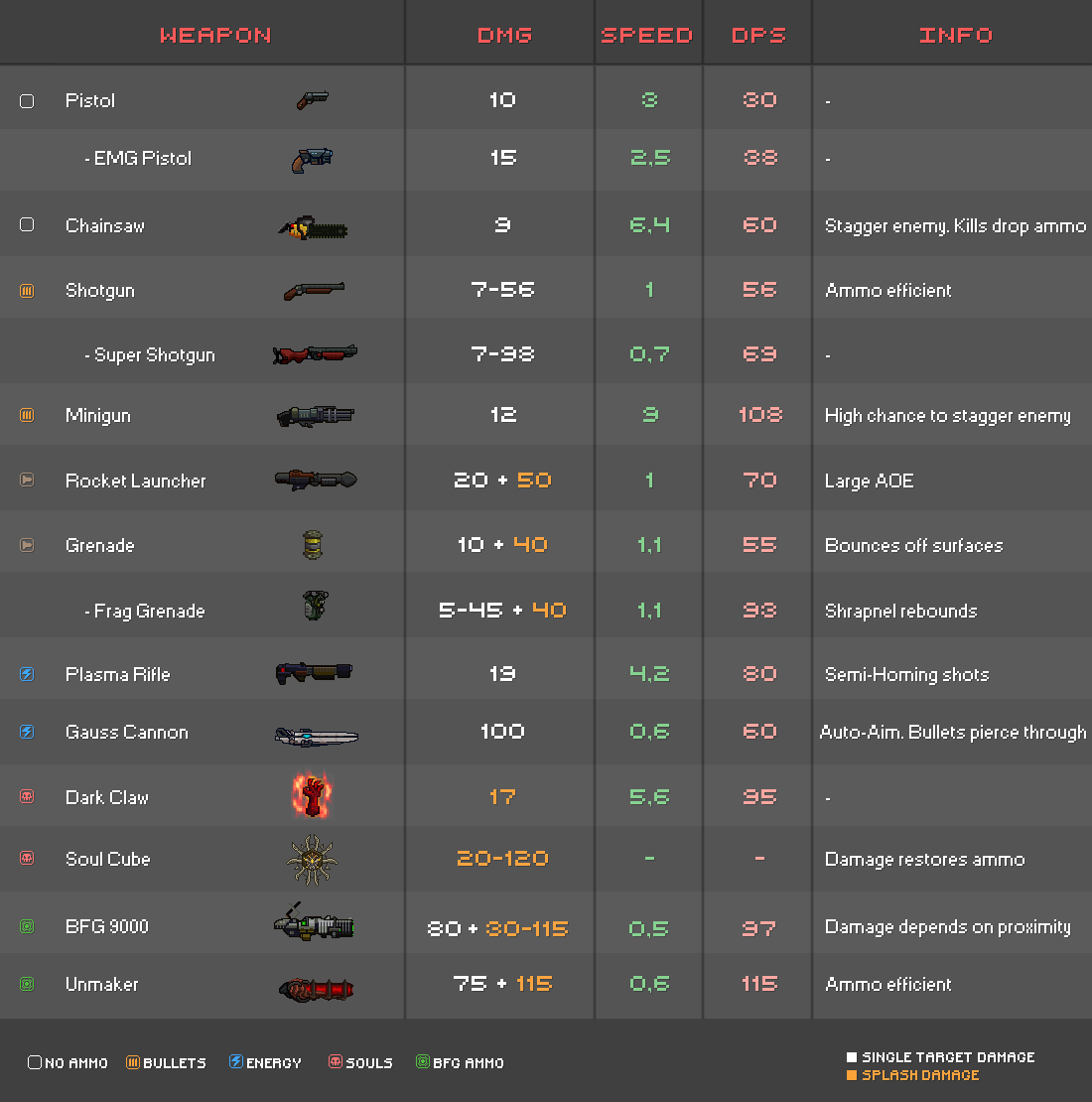 Some clarifications: Staggering enemies like in the original Doom is just stoping their movement for a while when they get hit, it’s a new mechanic we are working on. Enemies killed with the chainsaw will always yield a random ammo drop. Soul cube doesn’t have attack speed or DPS because you can not fire it repeatedly even if you have many souls, you have to wait till it returns to you before firing again.