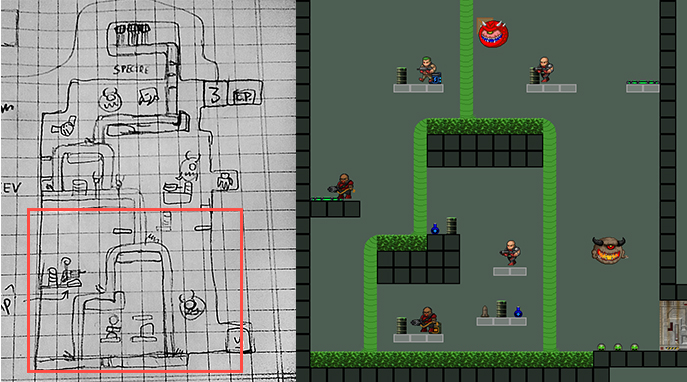 Turns out making levels is pretty hard. Specially figuring out whats gonna work. So whats the design process like over here? Well let me give you a brief tour:

When designing a level first we decide on an overall theme for that level, also which new weapons or mechanics need to be introduced there. Next think about which enemies will fit that level and will go well with the new weapons.

To keep the game fresh each level has some unique hazards or obstacles (like the jump pads from Doom2016), or a unique layout (like a vertical descending level for example). I’m not gonna go into each one of them; don’t want to spoil the game. 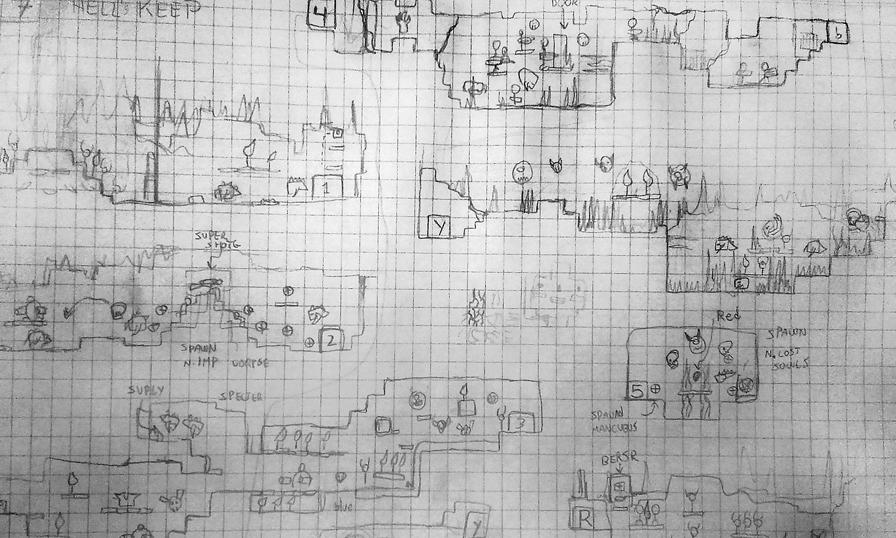 A shitty sketch photographed with a shitty camera

Next is to roughly sketch the level in paper. Its good for visualizing the whole route. Here it gets tricky since its hard to come up with something new (or at least different) for every room in the game. 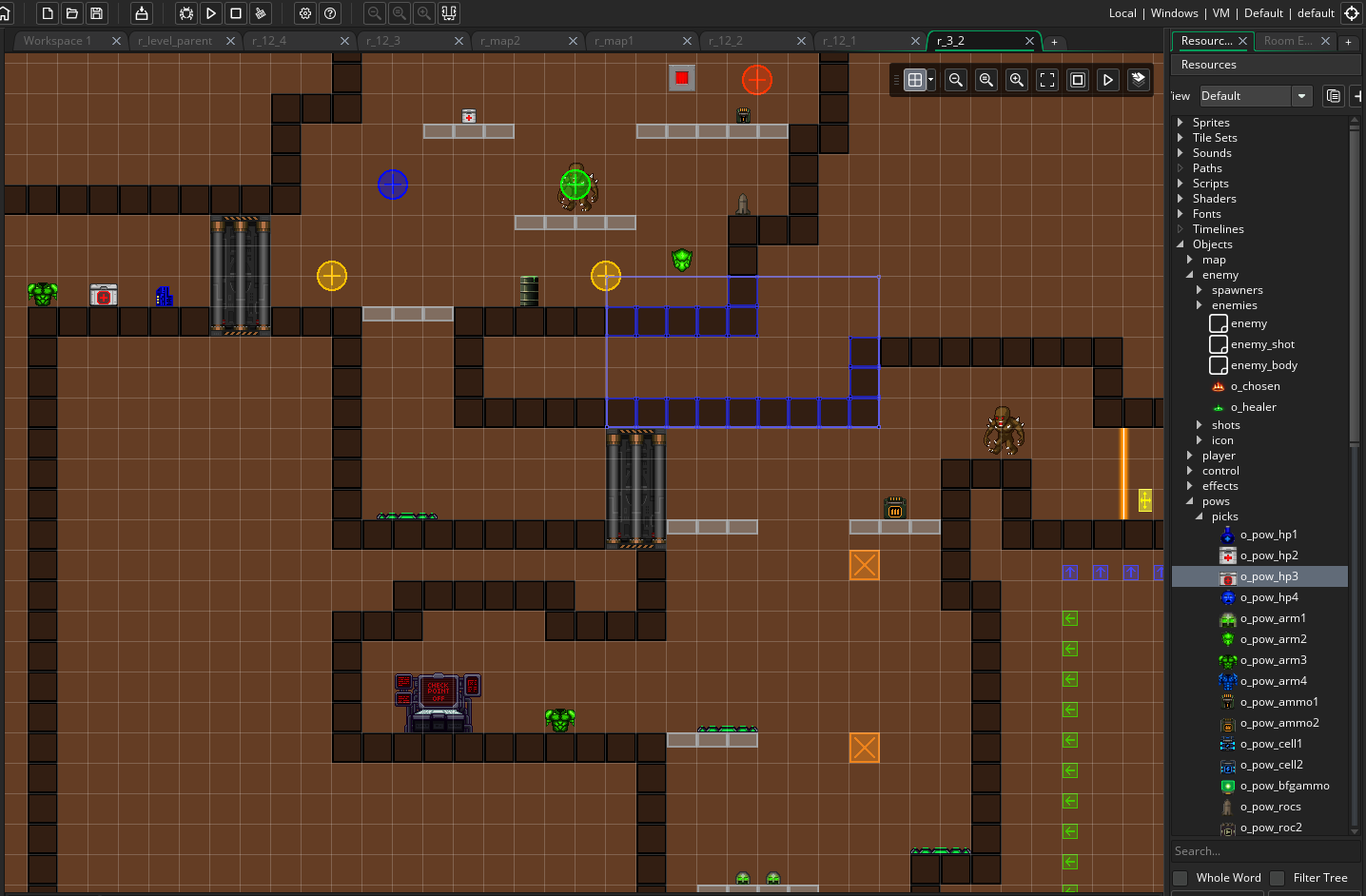 Then its translating the sketches into the game editor, and everything usually changes a lot! When a room is done, a quick play to check for errors. I don’t usually place textures or graphics in a level before testing since changing the terrain would mean repainting everything all over again, and we don’t have the time for that. A pity since graphics change the experience and tests become less reliable. 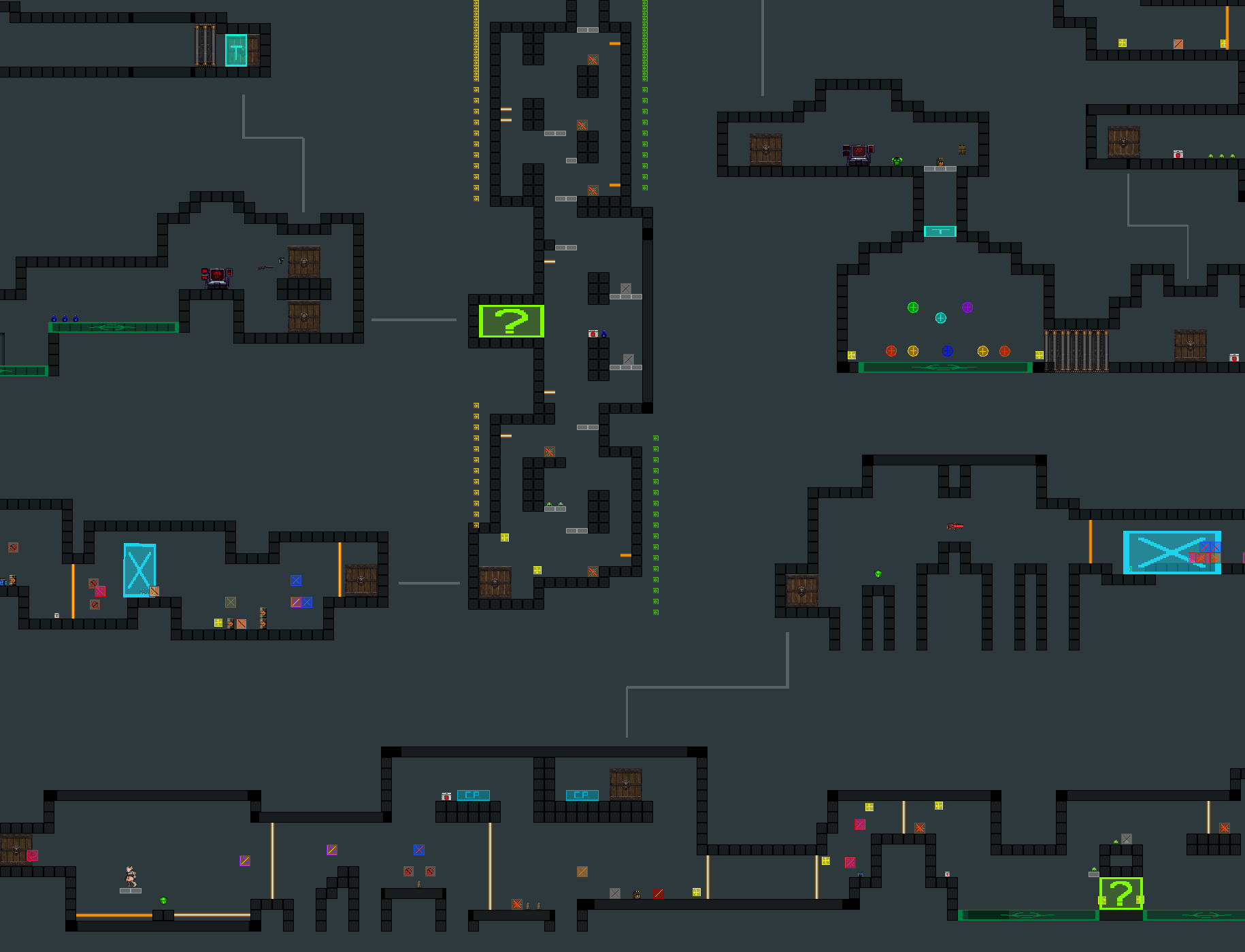 Not the room editor; its a composition for the artists to get the layout of the level

And that’s how we do things, pretty standard I suppose. But that’s what we have been doing right now; finishing what’s missing in the last few levels, and revisiting the old ones. See you next time.