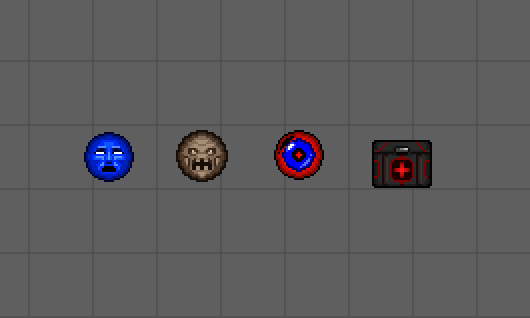 There are other less common powerups around the game. I’ve already talked about the Berserk, but haven’t yet mentioned the Megasphere or Invisivility powerups.

Supercharge (AKA Soulsphere) works a bit different here than in regular Doom. Just like in old Doom, you can go beyond the regular 100 health by picking up health bonus or Supercharge. But in MiniDoom you can only go up to your maximum + 25 (unlike the old 200). Double the health was too damn strong. However there are ways to upgrade your health and armor total. It also fully charges your souls! (A nod to its name).

The Megashpere is very simple, it will max all your ammo types, this also includes BFG ammo and souls unlike the backpack (which gives you a medium amount of every other ammo). It will also max your health and armor beyond your current maximum as if you had picked up the max amount of health bonus pickups or a Supercharge.

I’ve already showcased the Berserk powerup, before here: http://calavera.studio/en/weapon-spotlight-chainsaw-berserk/ (Berserk also heals you like picking up a large Medikit)

And finally we have included the Invisibility powerup (AKA Blursphere). To me this seemed like the most interesting of the Doom temporary powerups, it gave you a brief burst of power, but you still had to use strategy to make the most of it (unlike the Berserk). While invisible enemies won’t shoot at you, and chaser enemies will react more slowly.

Other strong candidates to make into the game where the Invulnerability and Quad Damage. They might have been interesting to include, but they would need sections of the game crafted to suit them and I’m afraid we are out of time for that 🙁 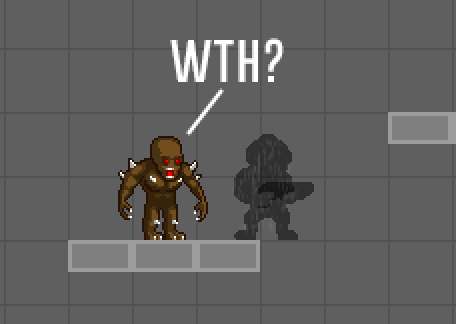 That said there are still other secret powerups that might surprise you, but I won’t be covering secrets in these devlogs, you’ll have to discover them!

2 thoughts on “Other Powerups”