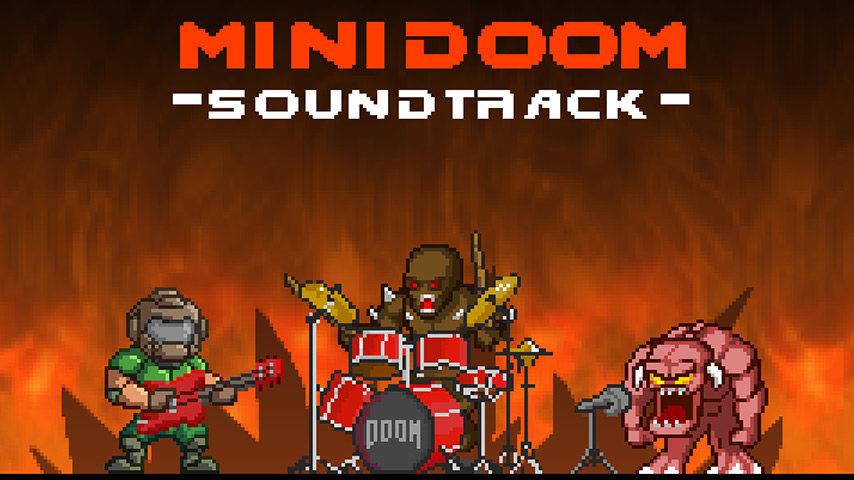 For miniDoom1 we used fan made music from cover albums (“Dark side of Phobos” and “DoomII: Delta-Q-Delta”). Awesome music indeed, but maybe not appropriate for every level.

This time the will have a complete soundtrack, this means that every level will have its own music according to its theme.

The music in some levels will vary according to the environment such as electric blasts in level 2 that will trigger an electric guitar, it will also slow down when opening the weapon select menu and other effects such as that.

Also the music will have a normal version for the normal or platforming sections of the levels and another version for the closed fights that will be much more aggressive and fast.

Here’s a really small sample of the music with some gameplay.

A third member joins the dev team to take charge of music and other aspects of sound design! He is very talented and will give all the music the Doom flavor it deserves.

Oh and don’t worry this won’t delay the game further, he’s already been working on the music for months.

3 thoughts on “MiniDoom2 gets a full Soundtrack”