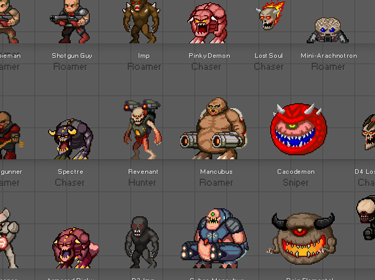 Another convenient chart. This one contains all the enemies in the game!

I arranged all the enemies in 4 tiers depending on their combat capability. Of course each tier adds a more complex behavior or just bigger numbers to an enemy’s arsenal. This chart does not represent the order on which you will meet these enemies in the game, you can see barons of hell very early, but mini-arachnotrons very late in game.

Tier 4 enemies cannot be stunned by the chainsaw, also the Hell Knight. I’d say the hell knight is in a point between 3 and 4, it has a lot of damage, but not a lot of hitpoints.

Below the enemy name is their type.

Roamer: Walks around aimlessly and will attack if you get in range.

Chaser: Will move towards you and try to smash you with its body.

Hunter: Will keep a close distance to the player, attacking with ranged attacks when far, and melee attacks when up close.

Sniper: Will try to keep a far distance from the player, attacking with long-range fire or spawning other enemies.

Of course, any of the enemies can have the Chosen modifier, which increases its life and can change its behavior. 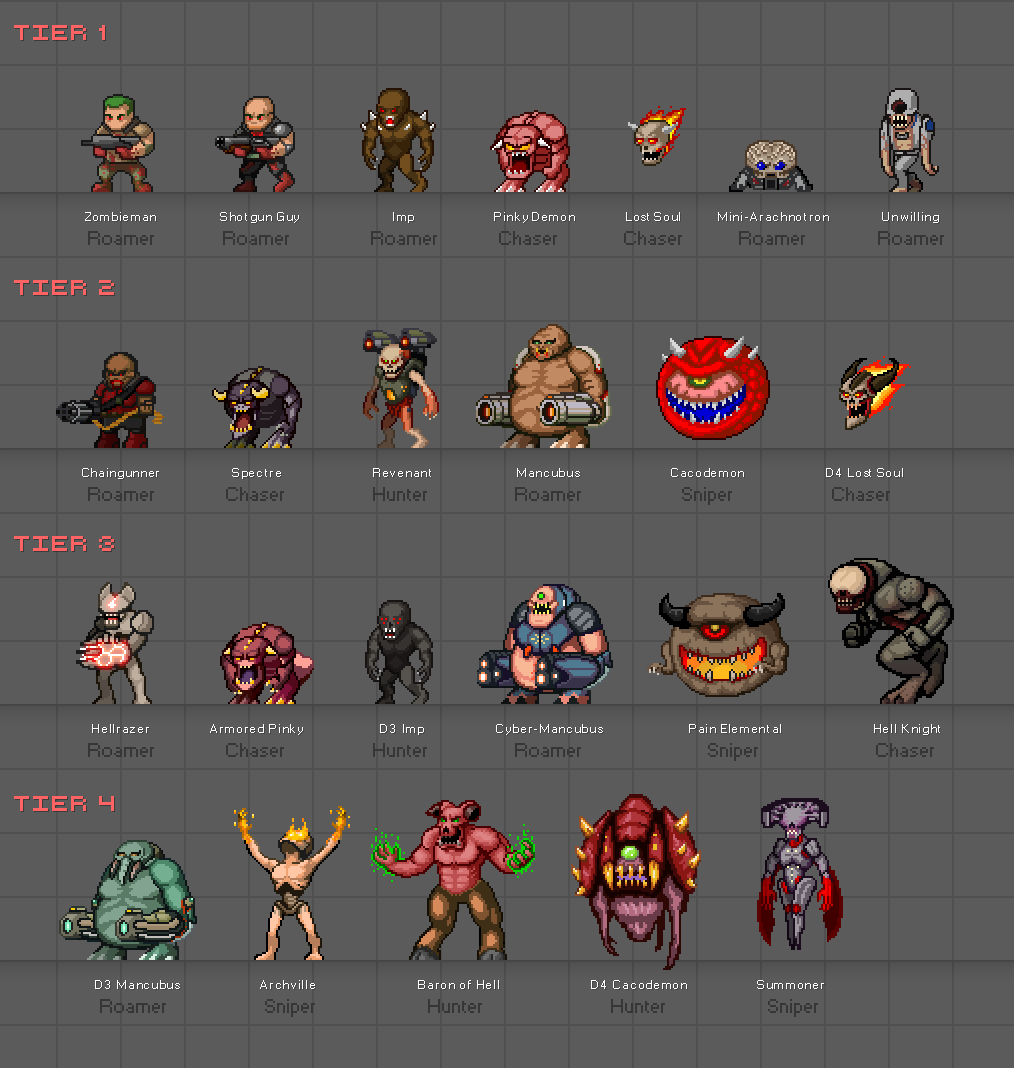 It makes me happy to see all these cheerful demons in one place.