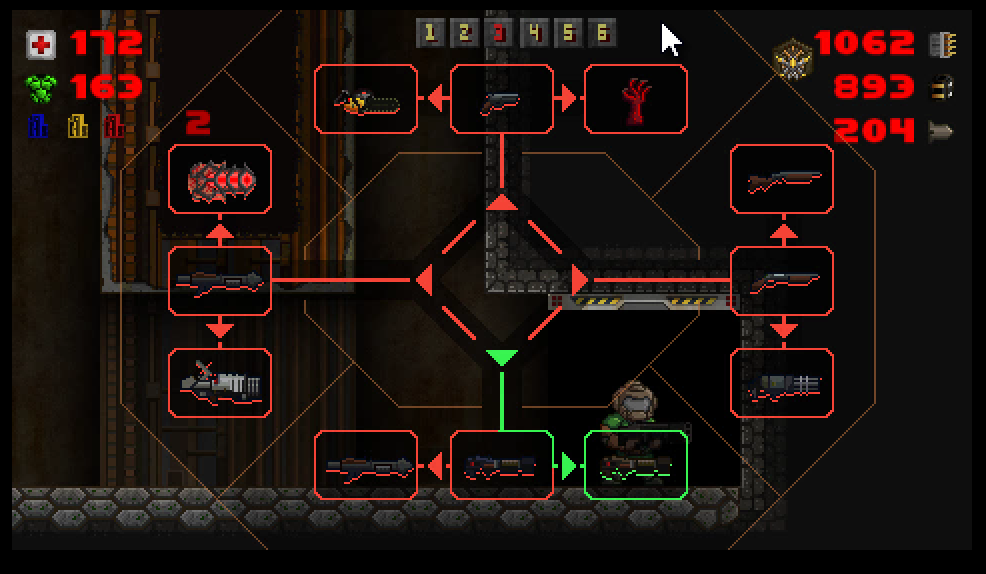 Hi, I wanted to do a few blog posts about the things that didn’t make it into the game. And there are MANY. So I’ve decided to split these posts into categories. The first one is WEAPONS.

Many months ago, when the weapons were still being selected, the original idea was to have 12 selectable weapons (with the supershotgun being a separate weapon from the shotgun).

This means there were meant to be three weapons that used ammo, and three that used energy cells. And what was this third weapon? Well there was a lot of discussion.

It was supposed to be a weapons with very fast projectiles that where very large. It had a similar function to the plasma in that it assisted aiming with its large projectiles, but was weaker. An early-game weapon.

Same weapon but with different look, used the hellshot from the DOOM2016  multiplayer because it looked better for using energy cells.

Ended up giving the large projectiles to the plasma and removing its homing capabilities. And made the hellshot a VERY homing weapon. Turned out this weapon was boring as hell. In the end the functionality of the hellshot, was split into the EMG Pistol and plasma riffle.

Hellshot graphics were reused as the Icon of Sin stage 2 attacks. 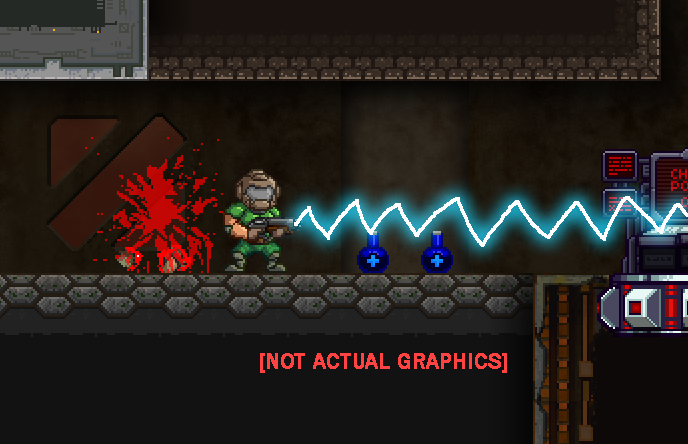 So the plasma riffle was an early game weapon, but it was too powerfull for that. To compensate for this, the player starts with a low energy cell count. I also nerfed the plasma riffle, opting for placing an upgrade for it in later stages. Back then I thought the upgrade could turn the plasma into the lightning gun, also from D2016. But I didn’t know if the homing would translate well into a hitscan weapon. In the end there wasn’t enough time to develop this weapon and it was dropped for the plasma riffle MK2. Which upgrades the fire rate, projectile speed and damage of the plasma.

Rockets where dangerous to use up close, so I knew a flame thrower-like weapon was needed. But no matter how much I looked I couldn’t find one in a doom game. The full story of this is explained in the Dark Claw dev post, but yeah the dark claw ended up being the flame thrower because using rockets for its ammo, this weapon ran out too quickly especially since it also shared ammo with grenades, quickly exhausting your options for splash damage, which is vital  in the later stages.

Also the Dark Claw used to be purple since the hellshot was red.

I thought about adding a newer version of the BFG that shot a projectile that would shoot lightning at close enemies, like the BFG froom DOOM3 and onward. Also dropped out of time constrains. We said it could be cool for a future expansion. But now the idea of an expansion seems a bit grim considering the massive effort this game took.