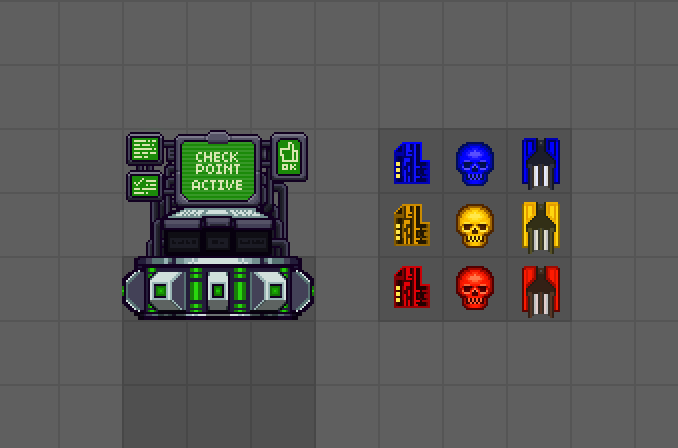 Previously the game used keys as a sort of checkpoint. Once you got a key and died, you didn’t need to get it again and could just access the next area of the level. This was a clever shortcut I took to making checkpoints since the game was made in a rush. 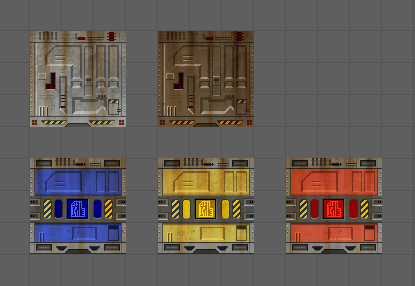 We even have fancy new doors for each key. 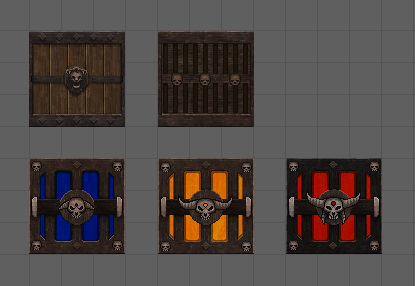 The implementation of killing rooms (fighting challenges) meant that a quicker retry method was needed! So yeah now we do have checkpoints, there are many in each level and you will always find one before a challenging battle. 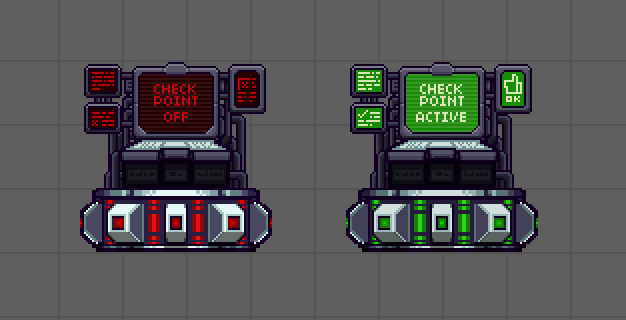 Can you tell where we got inspiration for the design? I bet you can.

Keys still restrict access to areas and in some levels you will have to get a key then backtrack to a central hub to its color door. But now it’s not a necessity so levels are much more varied. One even follows a linear structure of checkpoints and fights where there are no keys.

MiniDoom2 has no “lives” you can die and respawn infinitely; dying will respawn you with full health and a little ammo. This also meant that if you reach a checkpoint with low health it was better for you to kill yourself and respawn refilled. I hate this in games, especially the megaman series where it’s mandatory to game over after every boss just to refill your extra lives…

I like my marines well-done. (sorry about the mouse)

So yeah, there were 2 ways to go about this. 1: Don’t reward the player for dying (respawning with low life or ammo or no BFG ammo OR implement an extra life system). 2: Just fill the player’s health and ammo at each checkpoint as if he/she died and design the levels accordingly. I obviously chose the second option because it led to less player frustration.

This means that at every checkpoint the player is refreshed and between checkpoints there has to be a challenge according to that. I actually like this a lot, the progression is designed checkpoint to checkpoint and not necessarily as a whole level where the player can’t die. Every section of the level can be challenging and interesting!!

See you next time.

5 thoughts on “Checkpoints and Keys”