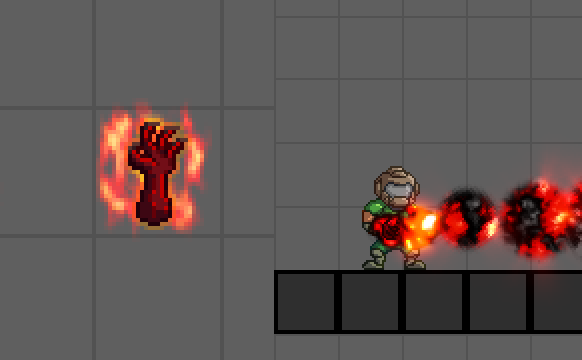 The decision to include this weapon is a long story.

Mid-point in making the new weapons I realized that there was no short range splash weapon, rockets where too dangerous to use close range.

So I thought a flame thrower would be the perfect addition; a weapon that would use rockets in a different form. Short range and deadly!

I made a prototype and it quickly became one of my favorite weapons. However, there was a problem: there were no flame throwers in any Doom game!

What to do then?? I wanted everything to be based on lore. I didn’t want to just make one up!

So then I started searching a weapon that could be adapted. Hellshot? Lightning gun? Those would clearly be energy weapons…

Then I remembered a really old twitter comment were someone asked about the Dark Claw from the Doom Bible. And so again I looked for the entry in the bible:

“Demon weapon that casts a dark cloud of tortured essence. Silent but deadly. The Dark Claw feeds on human souls. Killing possessed humans or hellslaves allows the weapon to feed”

This time I could imagine it as just what I was looking for. Dark flame-like globs that ate enemies! 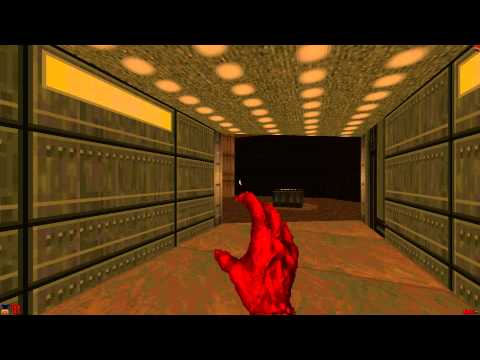 Visuals from the Dark Claw exist in some of the alpha builds of Doom! (this one might be a recreation tho)

So then a conversation sparked.

-Isn’t this a bit obscure? I mean the “Doom Bible”? It’s not even a Doom game.

-It’s not even very clear as how it works.

-It sounds damn cool though.

-Better than slapping on a generic flame thrower.

And fun it was. So I remember reading about the original Doom’s development, and how Romero wanted to include a demonic weapon that would feed on souls and heal the player. That idea would come about in the form of the Soul Cube in Doom3. And the Demonic weapon in Doom64’s Unmaker. But they never did come through with the Dark Claw.

So yeah, we decided to go ahead with it. And use some of the original concepts for it. I changed the ammo from rockets to souls, and the flames to look black and red. With the appearance of the weapon itself I took some artistic liberty. It’s not a single claw you hold. But the marine’s hands become the weapon! Since the weapon itself seemed very abstract, I thought this was the coolest interpretation.

The dark claw is a short range splash damage weapon. Its projectiles travel slowly and go through enemies. The weapon can deal heavy damage due to its very fast fire rate. Its drawbacks are its short range and the sluggishness of its projectiles.

The dark claw is perfect to get rid of clusters of enemies that might be too close to you. Its ammo will deplete quickly if fired constantly, but every kill will recharge it. So if you are killing weak enemies you can almost go on forever.

The dark globes will stop if they hit a wall, but they will keep on doing damage. So if you are being followed, a good strategy is setting the floor on fire.

More cool weapons and enemies will be revealed soon as we approach the final stages of development! See you soon everyone.