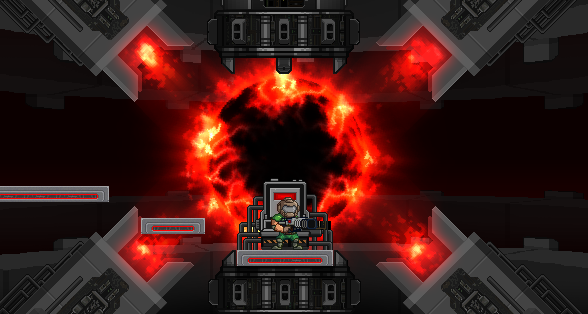 As we mentioned before half the game takes place in hell. We wanted to make a nice transition from mars to hell. So we made a portal loosely based on the one from Doom2016!

I’m quite happy with how it turned out, the artist went ham on the concept and came up with a room that was way bigger than the camera so you have to walk around the room to get the full view of it. 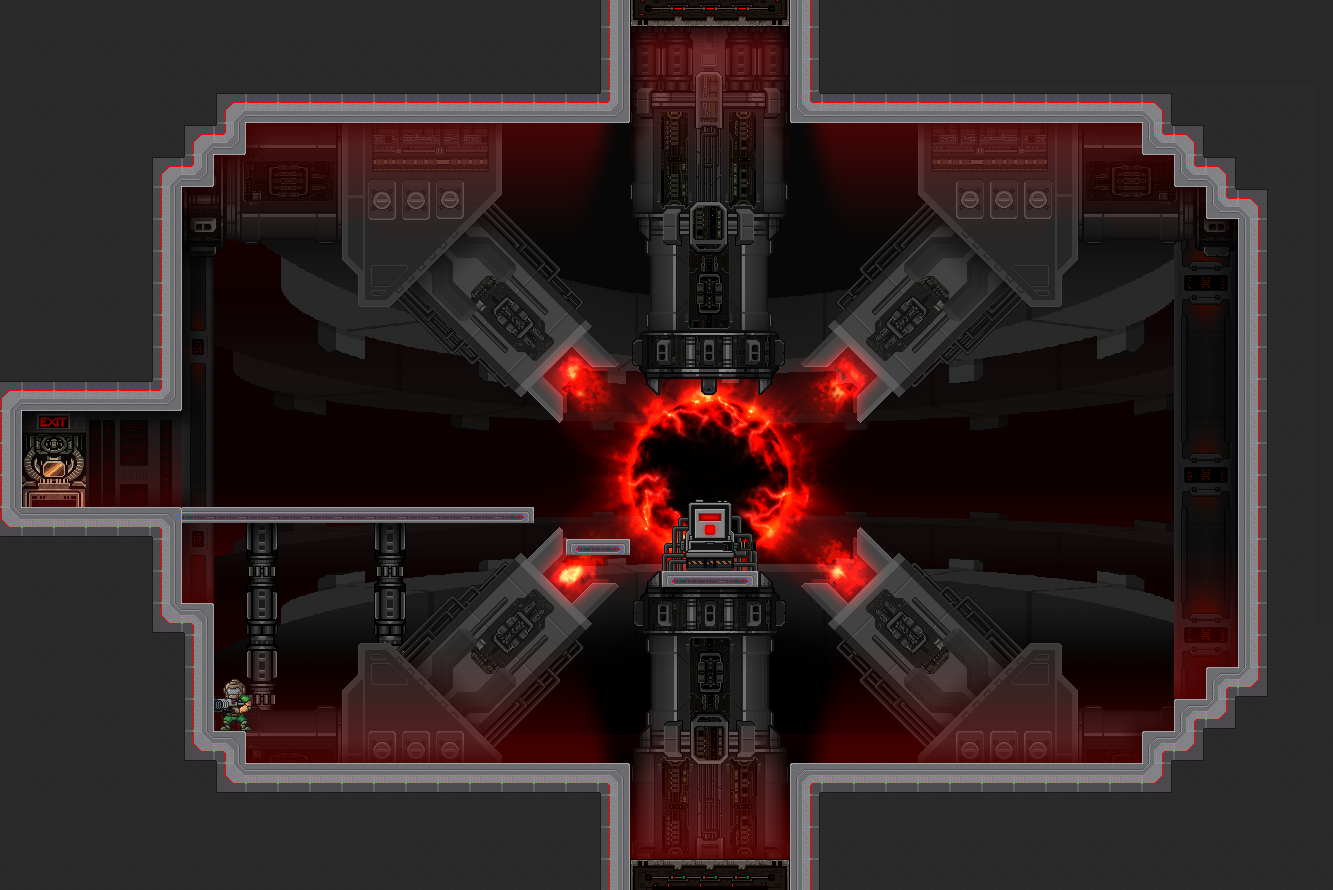 The full room, it’s the end of level6 and the first half of the game.

It has some nice lightning effects in-game but I removed them for the capture because of the camera-shaking too much.