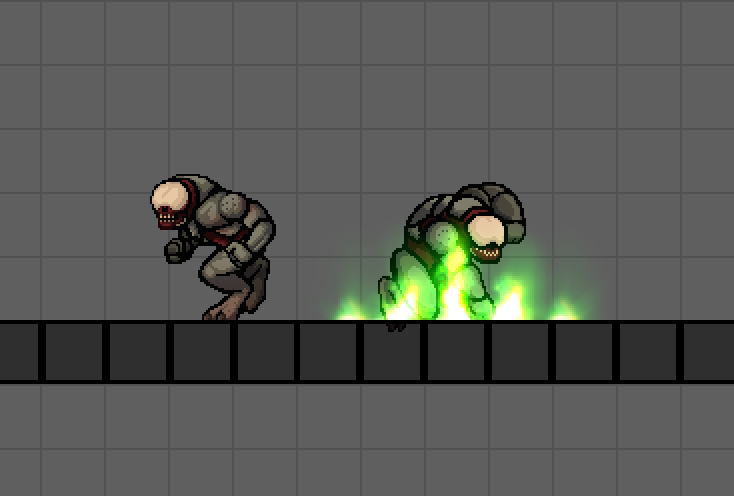 We are showing the hell knight just now because all of its sprites were redrawn and are sharper than ever.
The hell knight is a large tanky chaser enemy than can deal a lot of damage and disrupt your movement by pushing you around, jumping and blocking your way.

What makes hell knights dangerous is their large size. Their running speed is not too high, but they accelerate when jumping. They can also jump higher depending if the player is positioned much higher than they are.

Learn how they behave and you’ll easily dodge them

All this makes them hard to avoid if you cannot focus them 1 on 1.
There are many ways to avoid hell knights. You can even roll through them but your timing has to be good.

Easiest way is to wait till they jump and slam the ground and jump over them at that point. Trying to jump over a running hell knight can cause them to jump to intercept you, and you don’t want to get hit by that (while jumping they have increased damage and knock-back power).

Hell knights can be hard to ignore with their size and mobility, get used to their way of movement so you can better engage them in a group fight.

Hes big but ignore that bastard, focus on archviles